Clapton is a hamlet to the east of Ston Easton, and it has a separate website dedicated to its history, buildings and people.
Visit the Clapton Village Website to see more.

Ston Easton is a small Somerset village approximately 10.5 miles south west of Bath and 7 miles north east of Wells via the A39. Situated on the A37 and approximately 1 mile south of the junction between the A37 & A39. It has a population of about 560. 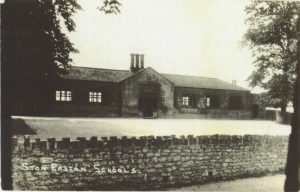 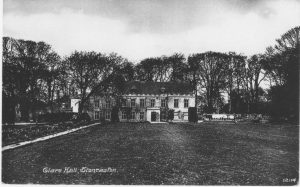 Ston Easton village could be considered to lie along the lines of a cross, the north/south axis being the A37 which is intersected by Green Street leading towards Chewton Plain to the west and by Hay Street, alongside St. Mary’s Church, to the east. Continuing along Hay Street you come to Hay Street Farm with a small chapel alongside which has long ceased to be used for religious purposes. Hay Street Farm was the possible site of Haia Manor House dating back to the Doomsday Book.

Opposite Upper Lodge Farm is the entrance to the old coach road for Ston Easton Park. Shortly after this point the road leaves Ston Easton past another old house on the left hand side, part of which is said to be Elizabethan. The road climbs southwards towards Emborough, with open views towards Chewton Plain and the higher parts of the Mendips.

The village is fairly high and has very little to stop the winds sweeping across the Mendips. There is a noticeable difference however in the weather at the southern and more exposed end of the village, which is about 525 feet above sea level and which always seems both windier and colder than the more sheltered parts in the centre of the village.

The Hippisley family had been Lords of the Manor of Ston Easton since 1544, and in the 17th century moved from the old manor house near the parish church to a new Jacobean house. The Jacobean house was converted into a Palladian mansion by John Hippisley Coxe, who died in 1769. His sons Richard & Henry further embellished the house and grounds. Henry Hippisley Coxe employed Humphry Repton to design a landscape park and Henry’s widow, Elizabeth, further developed the grounds in 1814.

In 1956 Richard John Bayntun Hippisley died, and his son John Preston Hippisley was obliged to sell Ston Easton Park in order to pay death duties. The house was neglected and soon fell into disrepair; it was proposed that the building should be demolished, though thankfully it was saved by a Preservation Order in 1958. In 1964 it was purchased by William Rees-Mogg, who restored the building. In 1978 William Rees-Mogg sold the house to the Smedley family, who further restored the house and grounds and subsequently converted it into a luxurious hotel.

In 1953 the Ston Easton Women's Institute produced a booklet about the village. A reproduction is in progress - so far only the text is available, but we hope to add photos at a later date when a decent copy of the original is discovered. (The present version has been reconstructed from a rather poor quality photocopy of unknown origin.)